Why Aren’t We Allowed to Love President Trump? 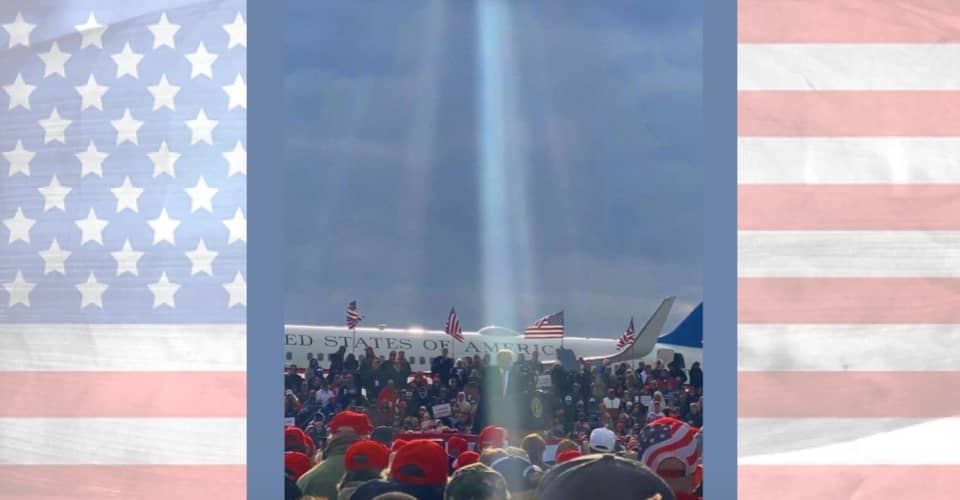 Why aren’t we allowed to love President Trump? I can tell you why, and if you think about it, you’ll realize I’m actually right.

I recently watched, a Trump compilation video. You know the ones that inspired us so much, over these past three years?

Background music “America” by Neil Diamond, you know the song. The video begins with President Trump and our beautiful First Lady, as they approach the golden escalator. That was 2015. What we didn’t know at that time, is that the world as we saw it, would be forever changed. Reason being, President Trump would awaken us all.

The melody begins. An overlay video of our President standing in the White House at the beginning of his term. Surrounded by Melania and many generals. While reporters fast flash cameras in the background……

My arm hair raises. The music continues, as video clips show the United States flags as they unfurl, at various locations. Next, the mass of people in the audience at Trump’s inspirational inauguration.

The lyrics begin, “Far, we’ve been traveling far…without a home, but not without a star”, now comes a black and white image of our Commander and Chief with two military members. He truly never looked so strong.

The song continues, “Free….only want to be free”. The screen fills with Americans waving their flags on sticks. Then flash photos of those around the world who also love Trump.

Next words that play, “we huddle close, and hang on to a dream”, Trump holds up the baby in the suit, and kisses him. Backdrop behind Trump, it’s a sea of MAGA supporters, sporting red. Tens of thousands of them, inside the rally stadium.

“On the boats and the planes, they come into America”, a flash photo of the Statue of Liberty, and crowds of Trump supporters in DC. They are cheering as they watch, the military -freedom fly over-.

“Never looking back again” Trump is in front of Pelosi addressing Congress, as she nastily tears up his speech in the background.

“We’re traveling light today, in the eye of the storm”, Trump is now standing behind the desk of the Oval Office, posing with 16 American Military Generals.

“Home to a new and a shining place”, a sign referring to the globalist elites, grows on the screen. It reads;

“Everywhere around the world, they come into America”, scenes of people all over the world, holding Trump and MAGA signs. One sign in Asia says, -Thank You MAGA Together We Are Strong-. People from various countries hold signs thanking America, and Trump for keeping them FREE!

“Gotta dream they’ve come to share, they come into America”, now photos of all the TRUMP groups move through the lyrics. You know the ones, like…

Then some background music, as all walks of life, and colors of people chant louder, and louder, “USA, USA, USA“. Hold on, these people are not at the rallies. They are just Americans, totally and madly in love with their country!

“They come, into America”, giant Farmers for Trump, and Make America Great Again signs are shown. “Today, today, today, today” – the image of Ivanka Trump with the victims of child trafficking, who survived to share their stories, appear on screen.

“My country tis of thee”, a man is wearing both a flag shirt and flag pants, seated in a flag painted chair. Then elite exposer, Julian Assange’s lips move while he speaks. And the song continues…

“Sweet land of liberty”, Trump is at a rally clapping while swarms of people in red, cheer for this man and his message of freedom. They wave their flags, they are all aglow. If they don’t have an American flag, then they have a Trump sign.

“Of thee I sing, of thee I sing today”, blacks, whites, and the Veterans for Trump, all are smiling, and having the time of their life. Arms, and fists, and fingers in the air, like they are at a rock concert. They are all connected by a feeling, and by God. There is no racism.

As the words “today, today, today, today”, start to fade out, the military raises the American flag. Multiple images of President Trump are shown. In every one of them, he smiling bright, at his countless rallies. The stadiums are all full. His hair actually looks golden. His fans, the American people, appear to be hanging on his every word.

Many images of hope, created, inspired, and driven by one man, who is loved by billions, around the globe. A man who shows, there is no need for war, only strength. A mortal, who loves the people, loves America, and loves Our GOD.

As I watch, I am going through so many emotions, on and off, and sometimes all at the same time. When the video starts, with Melania and Trump on the golden escalator, I’m moved by the sheer beauty. I have a tiny regret, that I didn’t realize how beautiful it was, the first time I saw it.

As the song lyrics begin, there is a lump in my throat. I miss the amazing country, that I love and know, from just 90 short days ago. While the video continues, I am covered in goosebumps.

By the time it closes, just four-and-half minutes later, I’m feeling so patriotic and optimistic. I feel like my old self. It’s the best feeling ever. I’m not defeated, I am absolutely in love with my country, once again. I feel energized, full of hope, and joy.

Feeling completely blessed, and again believing, there is no way on this earth God will forsake us. I remember God wins. He knows our movement, our mission for a better world, a world free from the evil of the world elites, is right. The power belongs to God, but we are His tools.

It’s been awhile since I felt so optimistic. I now know there are millions of “me-s” living in the USA right now! Heck, now I remember they are all over the globe. But where have they all gone?

I want to stand up and recite the Pledge of Allegiance. Maybe go to a rally for a short time, so I can feel the energy of the room, as I’m surrounded by my fellow Americans.

I can smell and taste freedom, just like I had, only 12 weeks ago. I think I should maybe call someone, and tell them “it’s okay”, and “we are going to make it”. I want everyone I know, to know WE ARE FREE, and that America will be saved!!! Everyone should feel this again, just like me. I’m certain of it. But it’s late…

So I start to cry. My mind races. I’m wondering what happened? How did we get here? It’s only been months! What is going to happen to our country? Our world? And WHERE IS EVERYBODY? I thought we were in this together, but at this moment I am all alone. No real social media reach left these days, I’m waiting and hoping to see my patriot friends. My flag waving, like minded, fellow Americans. RED – WHITE – BLACK – BROWN. Where are all of you?????

Then it hit me, like a ton of bricks. Now I know the answer to the question.

Why aren’t we allowed to love President Trump?

It will not be tolerated. You cannot feel this way. No happiness, no hope, no patriotism. Americans cannot be Americans. And No American Dream for you! NO, NO, NO. It’s all against the law. Well it’s been made quite clear that these feelings are more than frowned upon. And as you know the FBI doesn’t care for them either.

President Trump was canceled, in order to make absolutely certain our feelings and emotions would be canceled too.

For the love of GOD! Trump’s videos and his voice, are no longer even allowed on the internet. Do you hear what I’m saying to you? Not allowed on the WORLD-WIDE-WEB! You cannot even find most of his speeches and rally coverage. Never mind his tweets, Facebook posts, and his everything else taken from us, in what seems like a blink of an eye.

You are no longer allowed to love freedom. You need to learn to love communism. If not, my dear you’re a threat to society. If you love freedom, you’re a true racists, a nasty scum of the earth insurrectionist. Meanwhile, that is EXACTLY who THEY ARE. THEM NOT US! Why?

Because a handful of elites say so. NO NO NO NO!!! NO MORE!!! The elites are merely a few thousand, BUT FREEDOM LOVERS WE ARE BILLIONS STRONG! We too span the GLOBE, and they know it!

And if sell-out China-Joe, his administration, along with Big-Tech are allowed to continue then what? We will all be canceled, along with our freedom. Forever, it will not be back, you and I both know that.

So let me ask you this patriots? Can you smell your freedom from just 90 days ago? Go out, talk to your neighbors, your family, and your friends. Turn off the TV, step away from the computer, step out of your comfort zone, and get involved.

When you do this, you will come to the same realization as me, you are NOT ALONE. They just want you to feel as though you are. You know they don’t want you to go out, and you know why. Screw them, I say. Talk to strangers, spread the word, in person, to as many people as you can.

WE ARE FREE and we MUST SAVE OURSELVES now, while we’ve got the freedom to try. What you are willing to give-up today, will secure the future freedoms of all the generations to come.

Oh, and keep your eye on Arizona, Michigan, New Hampshire, and other states. Don’t take your eye off that ball. We know, there are issues there, that can be proven.

Join all of your fellow Americans, and be ready to fight like hell. You and I both know, the globalists are preparing to close in for the”final kill”. We can do this. “This” really is for the greater good. God Bless You, God Bless President Trump, and God Bless the USA! 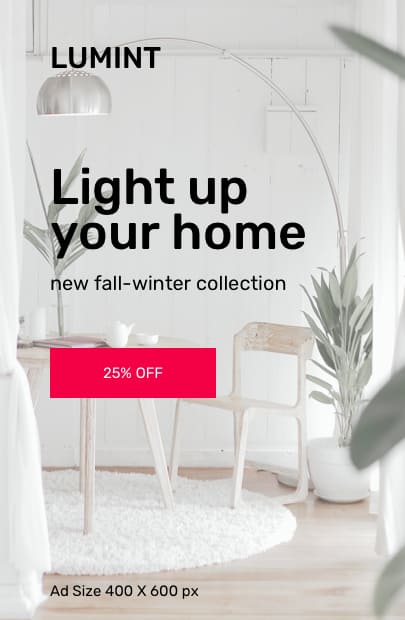 PrevPreviousShould the Vaccine be Required?
On Key